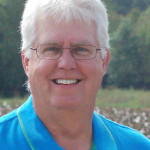 Make no mistake about it. Nematodes are as troubling as ever, with significant problems coming from root knot nematodes, reniform nematodes, sting nematodes, and – in certain areas – Columbia lance nematodes.

With the introduction of nematode resistant cotton varieties, management theoretically became more efficient. But there are still hiccups when it comes to acceptance.

“I’ve long said that I thought nematodes were one of our biggest undermanaged production problems in cotton,” states Dr. Bob Kemerait, University of Georgia Extension pathologist. “I will say that growers are paying more attention to the problem now, and I’m proud of them for that. But nonetheless, I think we still lose a lot of yield to nematodes that we shouldn’t have to if we recognize the problem or if we managed it differently.

“What I preach and what I’m always interested in is resistant varieties,” he adds. “I think they’re powerful tools. I encourage growers to always consider using them. I tell anybody who’ll listen that you gain several things. With root knot nematodes, you get less damage on the root system, and you get less nematode buildup for the following season. And we’ve seen some good yield benefits.”

So, it begs the question: if the varieties work, why isn’t everybody planting them? Kemerait believes it comes down to the “Y word” – yield. It’s not a negative thing. Just reality.

“A lot of times, growers look at a variety in an official variety test and it doesn’t do as well as a standard variety,” he says. “I always caution them to know what they’re looking at with the test results. Are you comparing these nematode resistant varieties in a field where you would actually plant nematode resistant varieties? And if you are, how much will it cost you in this kind of field to try to take the variety you may want to plant and get that level of resistance from root knot and reniform nematodes?

“It’s really just a few dollars per acre – much less than putting a nematicide out,” he notes. “Cotton breeders with the seed companies are getting better and better at putting high yield potential in these nematode varieties.”

As an example, Kemerait pointed out what he believed to be the most famous cotton field in Georgia. It’s in Bishop, GA, and everyone on their way to University of Georgia football games along Hwy. 441 sees it.

“It was planted to PHY 443 W3FE in 2021 because of reniform nematode problems,” he says. “It’s high visibility. When growers with nematode problems passed by, they liked what they saw and are likely going to go with a nematode resistant variety.”

When finalizing 2022 planting decisions, the comparison comes down to this – how much would it cost to manage a susceptible variety with a nematicide that may be pricey and/or in short supply versus planting a variety that will protect the roots and limit future nematode populations?

“If you plant a nematode resistant variety, you’ve done all you need to do when you close the furrow,” explains Kemerait. “If you choose not to plant a resistant variety for whatever reason, once the furrow is closed you have the whole rest of the season to wish you’d done it.

“I encourage growers to make sure they call the right play, because they get only one play call when it comes to nematodes. Otherwise, you’re just watching from the sidelines.”

Jim Steadman is Editor of Cotton Grower magazine. He has spent more than 40 years in agricultural writing and marketing.

Cleveland: Time to Keep an Eye on Cotton Supply

India Cotton Prices Expected to Moderate in the New Season