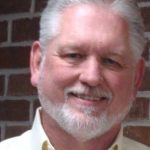 The strong uptrend in prices seems to have leveled out. Prices (December futures) have been in a range of mostly 92 to 95 cents for the past month plus.

After being down now for two weeks, the market will be cautiously looking at the latest export report numbers for some confirmation of the direction to go next. That report (released Sept. 16 for the week ending Sept. 9) showed net sales of 303,000 bales (USDA statistical bales) – a decently good level but down 37% from the previous week’s huge level. Shipments were 248,000 bales – less than the weekly average needed, but it’s very early. Destinations for China accounted for 63% of sales and 35% of shipments for the week.

I am recently asked my thoughts on whether this market can make 95 cents again, or even $1.00. My response has been I think it’s a less than 50/50 shot. But that’s just my opinion, and I’ve been proven wrong plenty of times.

USDA’s September estimates increased the projected U.S. crop by 1.25 million bales. This was expected, although on the high side. The expected U.S. average yield jumped by 95 lbs per acre.

Projected exports were increased 500,000 bales and ending stocks increased 700,000 bales. Surprisingly, USDA’s projection of the 2021 crop average price increased by 4 cents to 84 cents/lb. So, not all must be bad.

Weather is still a factor going forward. Crop conditions continue to be strong, giving way to the idea that the crop estimate may increase further in future reports. As of Sept. 12, 64% of the U.S. crop was rated good to excellent compared to 61% a week earlier. But, the crop is a little late in development.

Although a little behind normal, each week the crop is more open and susceptible to adverse weather conditions. A tropical storm or hurricane would more likely cause loss and result in a price hike.

USDA’s September numbers also increased World use/demand 810,000 bales from the August estimate. Higher use came from Turkey, Pakistan, and Bangladesh. There was no change for China and a reduction for Vietnam.

Although demand/use numbers continue to be positive and a source of support for prices, there are also concerns about another round of COVID impacts. We need the monthly USDA numbers to remain steady or upward and need weekly export sales and shipment to validate the optimism in demand. Otherwise, that will set up weaker prices.

An even larger U.S. crop, should that be the case, is not necessarily a case for lower prices. It also depends on exports/demand that could at least partially offset. Likewise, a smaller U.S. crop, although more likely a case for higher prices, is not guaranteed either. It depends again on the demand side.

When and where should we start with price protection on next years expected production? Ninety cents or better on this year’s crop gives some lofty expectations for next year.

It’s early. We don’t even have this year’s crop out of the field, but I would encourage growers to begin thinking. Some begin pricing at 80 to 85 cents for this year’s crop. New crop December 2022 futures is currently at 82 cents and change.

Dr. Don Shurley is professor emeritus in the Department of Agricultural and Applied Economics at the University of Georgia, Tifton. See all author stories here.

Crop Progress: Harvest Heats Up Across the Cotton Belt

Cotton Companion Podcast: The Pros – and Cons – of Dollar Cotton

Shurley: More Positives than Negatives in the Price March Upward