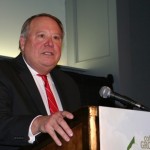 USDA’s October supply demand report was a big yawner but did suggest lower world carryover. Thus, the market found the report friendly. The market moved higher throughout the week reaching an eight-month high but failed to close the two narrow price gaps at the 69-cent area. Yet, we only promised to break above the 67.50 cent level. So, the 68+ cent trading was gravy. Possibly the 69-cent level can be breached just to pick up the two minor price gaps, but 70 cents will be hard to reach in the absence of a bullish catastrophe.

Thus, it is time for growers move to 90% priced (saving the remaining 10% to just play with). The eight-month price highs were based on improved consumption, lower production, the potential for higher world trade and Hurricane Delta moving across the U.S. Mid-South. The hurricane will likely color the remaining 40-45% of the Mid-South crop that remains to be harvested. Growers may also consider locking in a basis before the spread for low grades expands.

Further, USDA left unchanged its estimates production, consumption, exports and carryover for the U.S. Most observers expected a lower U.S. crop – a minimum of some 300,000 bales lower. Likely, the new varieties are simply just underestimated early in the growing season.

U.S. export sales continue behind the eight ball. While shipments exceed year-ago levels, sales – or total commitments of U.S. cotton – lag the year-to-year sales. Year-ago export commitments totaled just above 7 million running bales. Sales to date are some 5.8 million running bales. Yet, I do note that export shipments are some 400,000 bales above the same year ago level. Likely, the disparity here is that shipments to China during the current season have been more aggressive than in the past simply to meet trade sanction limitations/agreements.

It is expected that China will still be an aggressive buyer of U.S. styles. However, as reflected in almost every weekly export sales report, widespread demand for U.S. cotton simply does not exist. The current weekly export sales report shows that only a net 178,400 bales were sold for export on the week and that Vietnam, China and Pakistan accounted for 183,800 bales of sales (cancellations were 27,900 bales). Thus, excepting for China and Vietnam and the occasional Mexico, Turkey, Pakistan, Bangladesh or Indonesia, U.S. export sales continue to lag. The outlook for U.S. export sales simply rests with China.

Technicians have done their job. They helped push the market above 67.50. Fundamentals remain on the weak side, except for uncovering more sales to China. I wish I could find 70 cents in my sights but dealing with a 100 million plus bale world carryover just keeps me short of 70 cents.

Who knows? Maybe it will turn out to be horseshoes?

Give a gift of cotton today.

0 1 5 Cleveland: Time to Price Cotton as the Market Sniffs 70 Cents

Giving Thanks for the Season – and a Few Good Stories

Shurley: Some Thoughts on Where We Are Now

Cleveland: Prices Holding, But Is the Market Scared to Move?